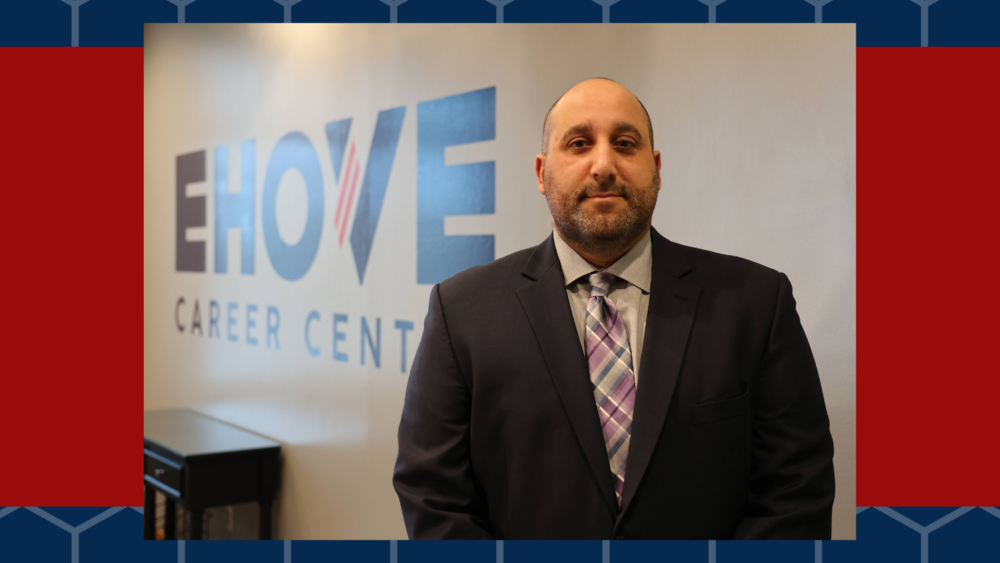 A New Principal for Next Year

EHOVE Career Center is pleased to announce that Michael Strohl of Sandusky will be joining the high school team in the role of principal effective August 1.

Crediting his longtime North Olmsted leadership of Superintendent Dr. Mike Zalar (who is now with Tiffin City Schools), Associate Superintendent Dr. Anne Pyros and Human Resources Director Jeff Stanton, Strohl says he was able to learn, grow and build relationships that he can bring to EHOVE.  “Working with EHOVE’s 16 partner school districts will help all of our students continue to grow and be ready for a career or college after high school,” he said.

He noted that EHOVE’s programs are high quality, but he was most impressed by the people.  “The teachers and staff are obviously student-centered and things are good,” he said after pointing out how he was struck by the positive, high-quality culture and how he was able to quickly envision himself as a staff member at the school.

“The strong admin team at EHOVE has a lot of experience and I’m looking forward to working with them. After meeting Superintendent Chris McCully and Treasurer Tim Coffman, I immediately felt a strong connection and wanted to join the EHOVE team even more.”

Strohl will be taking over from current principal, Erika Beckman, who is transitioning to the role of the district’s Assistant Superintendent.  “It’s always a goal to leave a position better than you found it by providing even more opportunities and experiences for students,” Strohl said. “That’s really a lot to strive for, because Erika has done such a great job as principal.  It’s going to be a benefit and asset to all of EHOVE that she will still be with our district and helping all of us and our students.”

Married to his wife, Maggie, for almost 20 years, they have a son, Mitchell, who is a Business & Marketing student at EHOVE, and another son, Vinny, who is a freshman at Perkins High School.  Their family also just welcomed a new puppy, a Cavalier King Charles Spaniel named Ivey.